Not a lot of sewing this month, but I am easing back into it after a year and a half with nothing going on but bindings and applique. 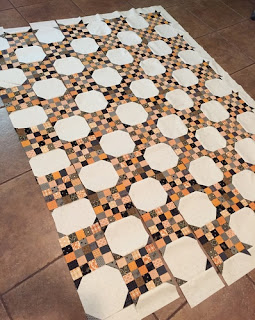 I am further along than this picture and I plan to get her finished up this weekend.  Lucy is a Miss Rosie pattern that she released just before going to work for Moda.  The fact that she also made up a kit was icing on the cake.  Carrie Nelson and Lissa Alexander are about the two most talented folks I know for pulling fabrics from different lines and making gorgeous quilts. Whenever I can I shamelessly snag their kits as I know I could never come close to the awesomeness of theirs!  Yes, I'm a follower ...

The top was just tossed down on the floor by my sewing machine and isn't laying flat.  I can see a wave in the outer border in the picture but I don't think it really is very wavy.  Just to make double sure, though, I'm going to stay stitch around the edge before it goes out to a quilter.  Better to be safe than sorry.

I have purchased very little fabric since I moved to the other LA.  I went through withdrawals, but that was probably a good thing because it was hard to get out to the mailbox in a wheelchair that first year here!  :)  This year I signed up for the Frivols monthly shipments from the Fat Quarter Shop, as well as their Sew Sampler monthly boxes.  I look forward to both of those shipments.  I also belong to the Miss Rosie and the It's Sew Emma pattern clubs through the Fat Quarter Shop, and it's so much fun to get those when they ship.  Lots of inspiration in those patterns. 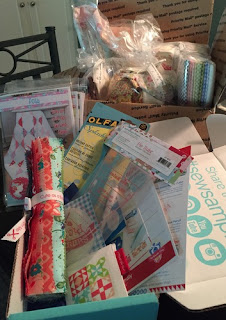 This week I order a box of goodies from Brenda Riddle. She was offering scrap bags from her recent collections, and the proceeds of those go to her Quilted Comfort project.  I'm here to tell you that there are oodles of wonderful pieces from her Fleurs, Bespoke Blooms, Ambleside and Windermere collections.  I have come up with a plan for those, but first I just wanted to play in them for a few days!  I also ordered an FQ bundle of Fleurs and a gingham bundle.  I'll get two or three tops out of all that beautiful fabric!

The Sew Sampler box arrived, too, and it's a good one!  The It's Sew Emma patterns also came in.  Three packages this week!  I am in heaven!

I have an appointment in a little bit for a pedicure, and then I'm going to spend the rest of the weekend in the Cottage finishing up Lucy and will probably cut out a tablerunner.  I've been working on just UFOs for a while, and the need for a new project is beckoning! 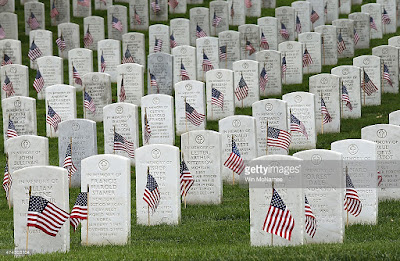 “We identify the flag with almost everything we hold dear on earth, peace, security, liberty, our family, our friends, our home. . .But when we look at our flag and behold it emblazoned with all our rights we must remember that it is equally a symbol of our duties. Every glory that we associate with it is the result of duty done.”
~Calvin Coolidge
Posted by Vicky at 5:45 AM 3 comments: 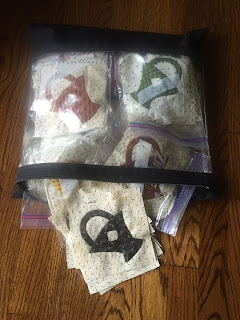 I promise I won't show any more progress pictures.  You know why?  Because they're done!  Yep, all 291 of them!

The next time they're posted will be on the design wall!

I have to figure out how I'm going to lay them out, but I need to get a couple of other projects finished up before I do that.  For now I'm just going to bask in this feeling of accomplishment!
Posted by Vicky at 4:52 PM 9 comments: